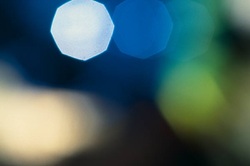 There are unexpected times in life when making the right choice is not easy. Sometimes this is true even when I have identified my values, and spent time in prayer listening for God to direct me to see my Vision clearly. I can know where I want to end up.  But, life is not predictable.  Events happen that are not in the plan that I thought God and I had set out.  God has allowed many surprises to come into my life, and not all of them good surprises. There have been health issues, job loss, and failed relationships. These are times when the exciting vision I have for my future, the goal I am striving for, has become blurred.  It takes certain fixed principles and attitudes to keep my focus on where God wants me, and where He will eventually lead me. These set principles and attitudes lead me to make a purposeful response rather than just a knee-jerk reaction.

Simon Peter is a good example of a man God chose, and whom He put into a very stressful situation in which he failed.  He is first introduced to us as Simon, a fisherman.  By all indications he was a man of action, and wanted to be in the middle of everything.  Mark describes the scene in his Gospel this way:

“As Jesus walked beside the Sea of Galilee, he saw Simon and his brother Andrew casting a net into the lake, for they were fishermen.   “Come, follow me,” Jesus said, “and I will make you fishers of men.  At once they left their nets and followed him. ” Mark 1:16 – 17 NIV 1984

When Christ asked Peter and Andrew to leave their nets to follow Him they left without any hesitation. Peter changed his plans immediately. Peter seemed to be one of those who enjoyed doing things on impulse.

Peter followed Christ for three years.  He saw the miracles Jesus performed, listened to every word that Jesus spoke, and tried to understand the new ideas Jesus taught. Peter had changed his dream of being a successful fisherman, to a desire to follow a man who claimed to be the Son of God.  However, it seemed that just as the people were beginning to accept Christ, and there was evidence that Christ’s popularity was growing, everything changed.  Within one week Peter saw Christ go from being the “Parade Marshal” in the Triumphal Entry into Jerusalem, to being whipped and beaten before the rulers of the State and the Synagogue.

All of a sudden Peter went from being one of the chosen twelve to wondering if this special relationship with Jesus Christ would be dangerous to his own life.  Peter’s faith faltered.  Some would even say that Peter failed Christ. Just hours before, Christ had warned Peter that Peter would deny even knowing Him - not just once but three times. Peter could not imagine ever doing such a thing.  We know that is exactly what happened. As Peter sat and watched Christ go before the High Priest in the Temple, facing false accusations, Peter probably thought his own world was coming apart.  I believe he was afraid for his own life. First He denied knowing Christ to the servant girl. Then twice more, within an hour, others recognized him as a follower of Christ, but Peter denied it saying “Man, I don’t know what you are talking about.” Luke 22: 60

We do not read about Peter again until after Christ’s death and resurrection. Those three days must have seemed like forever for Peter.  I imagine he could have been in a state of very deep depression. He had given Christ three years of his life. Peter would have had dozens of conflicting and confusing questions and thoughts: All questions similar to what you and I would have in our times of great need.  My thinking can become very blurred and uncertain during times of stress, tragedy and uncertainty.  Sometimes I say things I would not normally say, and do things that are out of character.

But there are some steps I have learned to take during these times.  There are some principles of living God has taught me over the years that are now set in place.  These principle, beliefs and attitudes are now such a natural part of my DNA that sometimes I am able to implement them without much effort


If you have read some of my previous postings, many of these will sound familiar.  I repeat them, because I know that I need to be reminded of God’s instructions every day.

Making right choices so that I have better outcomes is a daily process. When I have the foundations in place, my values determined, and my vision in focus, I am less likely to fall off course when those unexpected detours come.  God is always with me, and with you.  He wants to help you too.

If I can ever be of any encouragement to you, please contact me.

“May the peace of God which passes all understanding keep your heart and mind in Christ Jesus.”    Debi Snider